I’m in the Lake District this week with Joan. Staying at our favourite place, The Skelwith Bridge Hotel. It’s at the mouth of Great Langdale – the home of the Langdale Pikes, Dungeon Ghyll, Chapel Stile and Elterwater. 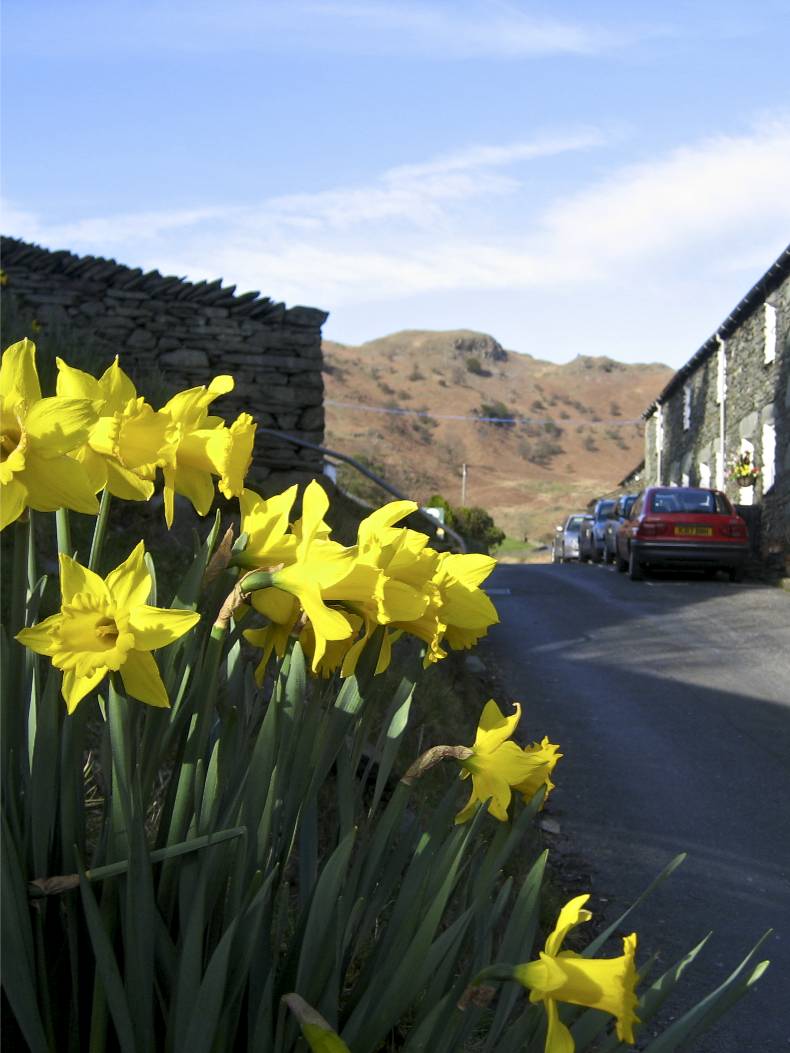 Monday walk up Loughrigg for the umpteenth time returning via Elterwater and a pint at the Britannia Inn. 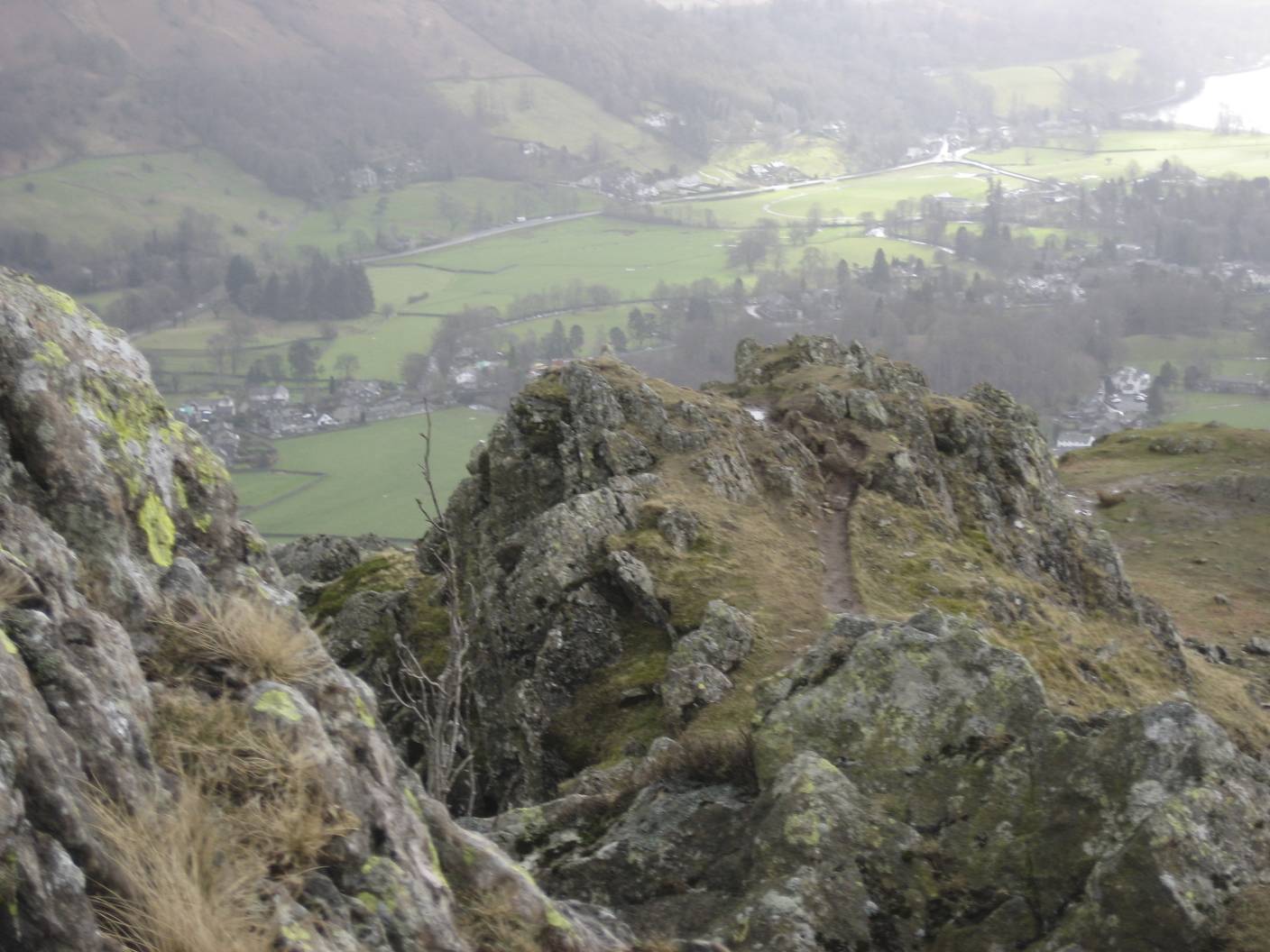 Tuesday we tackle Helm Crag – a very windy day. The fell is known as The Lion and the Lamb because from Grassmere the rocks at the summit look like a lamb lying at the feet of a lion. We met Derek on the way up the steep winding path to the top. Told us his life story including the part where he described his Road to Damascus conversion a few years ago. He now attends the Salvation Army but hasn’t joined up because he still likes his beer! At the summit there’s no sign of lion or lamb, just craggy outcrops. 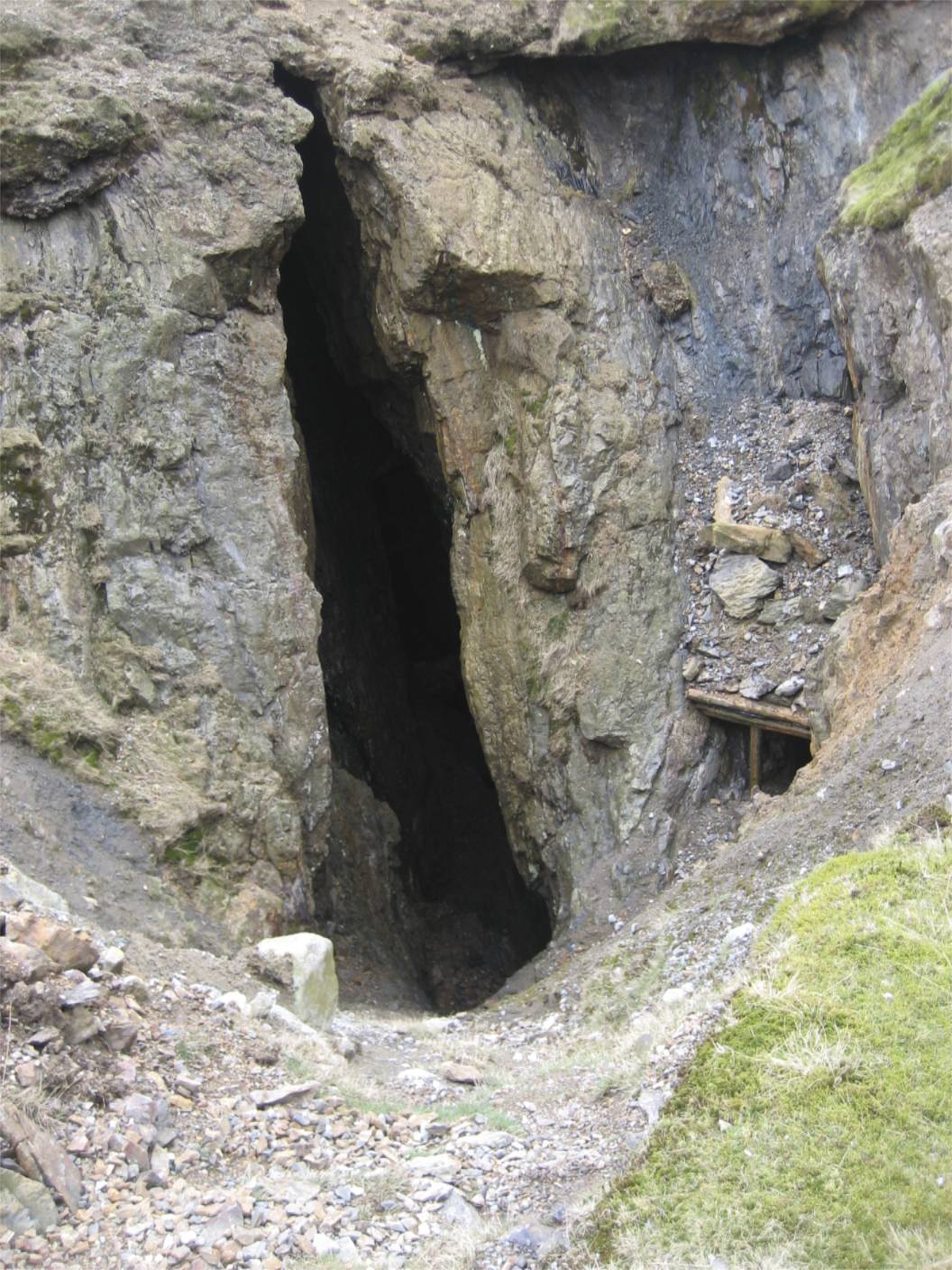 The clear blue water of Low Water high on the side of Coniston Old Man has to be seen to be experienced. It can’t be captured by camera – I don’t even try. The sheer purity of the tarn takes our breath away. It’s deep but crystal clear. Another surprise comes on the edge of Levers Water a relative short distance away although a good hike down the fell side and back up again to get there. There’s a fissure in the rock, a gaping chasm unusual in this Lake District landscape. My pictures do no justice to the impact of hearing the deep echo of dripping water from far below inside the void.
We never do get to the summit of the Old Man because it is shrouded in cloud. As we descend from Levers Water later in the afternoon the top becomes clearly visible but our weary limbs are not going to carry us there today. Another time.

The pub in Troutbeck is at the far end of the village. I’m sure there must be one here but on a hot day with weary feet and a strong thirst I doubt my own instincts for finding it. It’s a still, sunny day and we’d trailed from Ambleside over Jenkyn Crag, along Robyn Lane and descend into the village. The next leg of the circular walk takes us over Wansfell for the descent into Ambleside, before setting off back to York. The beer is delicious and sets us up for the haul up the fellside. It’s an easier walk than the direct route from the town but on an unexpectedly warm day the climb still saps our strength. Cloud hangs over the peaks as we look west to Langdale and Coniston, but the view from Wansfell is well worth the effort. Joan still doubts the Fell Race record of 19 minutes to reach the top and down again to Ambleside!