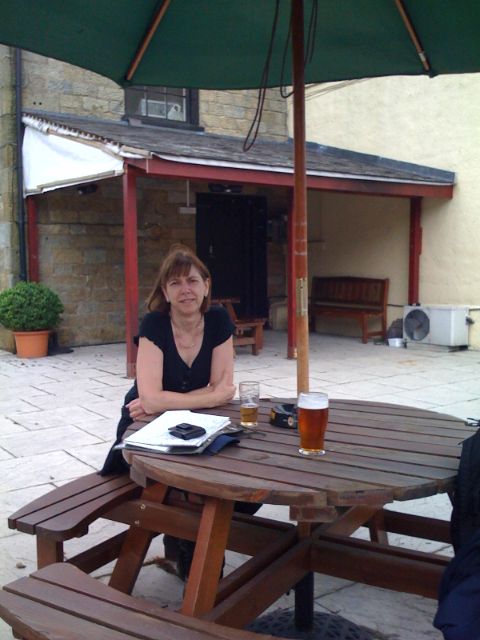 We made a short detour at Fell Beck House because the footpath wasn’t clearly marked. Incidentaly there are several peacocks in this area. They call to each other with loud screeches unfamiliar in this part of the world.
We arrived at the Half Moon in Fell Beck a couple of minutes after two. They had officially stopped serving food but came up with a plate full of beef sandwiches and we ate them outside.
The Half Moon has several holiday rooms around a small yard – you might call them chalets. The barman told us that two of them are let permanently to people who came short term and have never moved out.
After a good pint of Black Sheep we set off for Brimham Rocks, visible on the skyline from here.