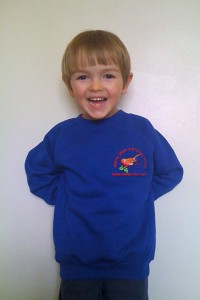 Alexander started school in September. Wesley and Deborah moved from London back to Chelmsford earlier this year and Alex was enrolled at a local infant school. He loves it. It reminded us of Wesley’s first day at school which drove us to the photo album to find a picture of Wes at the same age. So here they are, father and son, ready for their first day at school. 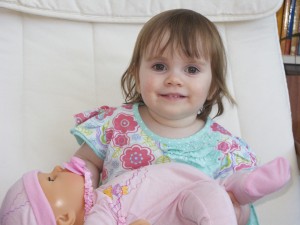 Emily attends a nursery is in the opposite direction to Alex’s school. So she starts the day on her dad’s bike seat. Wesley drops her off (gently of course) at the nursery on his way to the station each morning to catch the train to London.

Deborah, who works at BBC Essex, is now within walking distance of the studios.