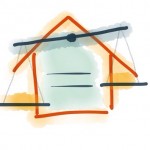 In March this year ten of the tenants who live in the houses provided by the charity Restore had their housing benefit reduced. They were no longer able to pay their full rent, threatening the viability of the charity.

There followed a long wrangle with the council on their behalf and of those making subsequent claims. At one point we were on the brink of making twenty six formerly homeless people, homeless again.

The board of directors calculated we needed an immediate in ejection of £20,000 to keep going. In our board meeting we prayed for the money. After circulating a letter to our supporters and appearing in the local media we had exceeded our target by five thousand pounds. It was truly amazing to witness the generosity and goodwill towards the charity, mainly from individuals and churches in the city.

Negotiations with the benefits department of the council were fruitless. We had to go to a benefits tribunal by supporting one of or tenants in a sort of test case. We won and the council eventually agreed to reinstate all the benefits as a result. It had been a long and anxious process for everyone involved. It is sad to think that or expansion plans had to be put on hold and money diverted to pay the legal costs of the tribunal; costs that the council is under no obligation to meet despite them losing the case. 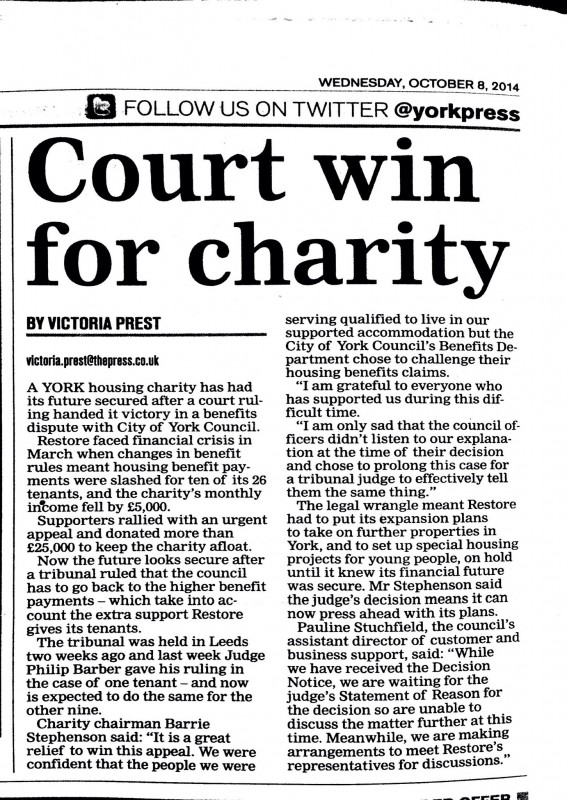 From the York Press

We have just appointed staff to two new posts so that my joint founder, Ed, can take a sabbatical with his young family, in New Zealand. So next year is already presenting new challenges!