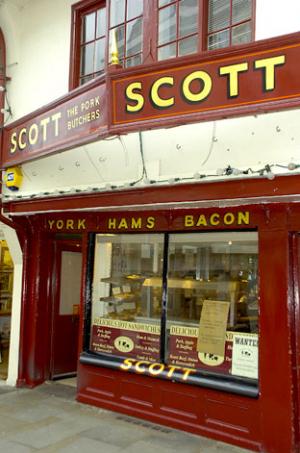 ONE of York’s oldest butchers has closed its doors for the final time, citing council red-tape and corporate customers’ debts for the decision.

Scott’s Butchers has been at its Low Petergate home for 130 years.

What sad news. This was The Place to buy good meat and pies. To my mind no one matched Scotts, but I have to confess I rarely bought anything there. I guess I contributed to its demise – in a very small way. It looks as though bad debts and poor access were largely to blame for the closure of the business.