A Happy Christmas from York 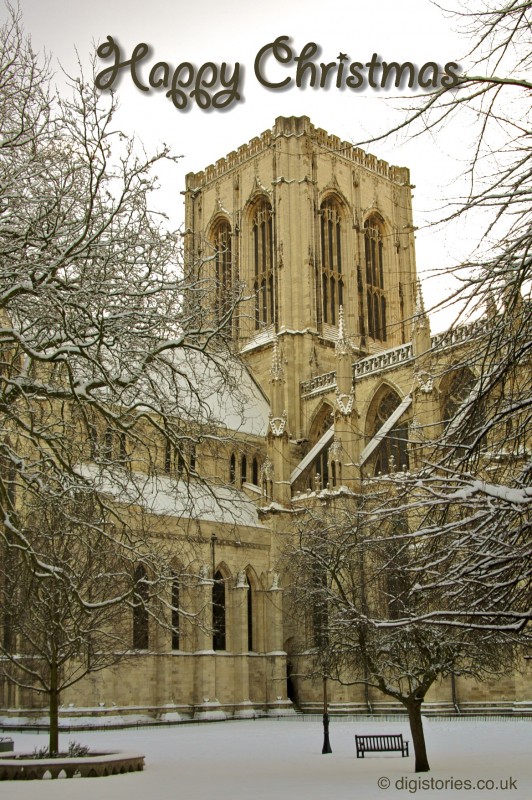 A significant year when we celebrated our 40th wedding anniversary, Joan brought her teaching career to an end with early retirement  and set off almost immediately on the longest bike ride of her life. At the other end of the age range Alexander entered the education system, starting school in Chelmsford.
We enjoyed a family holiday in the Lake District with the Stephenson family and said goodbye to Aunty Jean, the last of the older generation.
It’s been a year of moves for the next generation too. Wesley and Deborah moved to Chelmsford; Matthew and Laura emigrated to Aberdeen.
The stable member of the family, Warwick, went to Blackpool for his holiday. Barrie has been busy with a new housing charity, new groups at St Michael’s, being on the board of Riding Lights Theatre Company and co-ordinator of Neighbourhood Watch in the street.