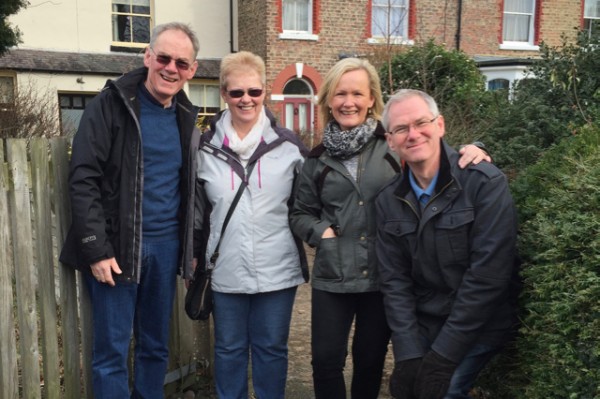 Events have brought our families together a few times this year. In March the Stephensons got together in Ripon for a nostalgic weekend in the place where we were all children for a few years. The photograph is of us outside a house where we lived in Blossomgate. Mark is crouching because he was a little boy when we lived there. 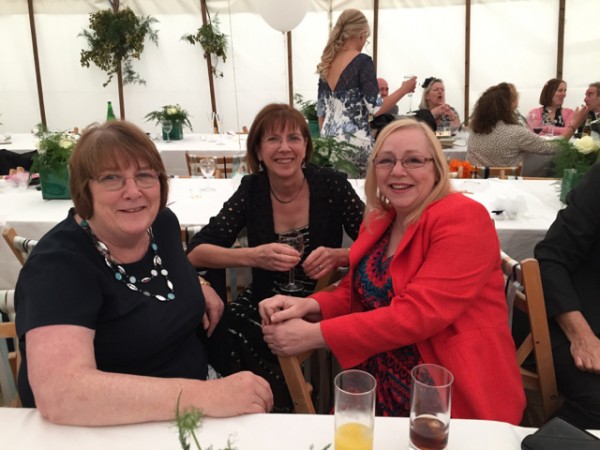 On Joan’s side of the family we were together for a wedding in deepest Warwickshire. We shivered in a marquee pitched in a farmers field on a cold spring evening. But it was a good time as we celebrated Ben and Carolyn tying the knot. Ben is Maurice’s eldest son.

On the steps of The Salutation Hotel, Ambleside

In July the triennial meeting of the wider Stephenson cousins met in Ambleside. This is when all the children of our parents’ generation congregate for an afternoon. This was the third time we had met like this – organised when the youngest of my aunts died and we speculated we wouldn’t meet up again unless we made an event of it.

Later in the year the Ashmores held the annual meet up, this year in Leamington Spa, where Maurice lives. It was the largest gathering for some years when we remember Mum whose birthday was on October 30th.