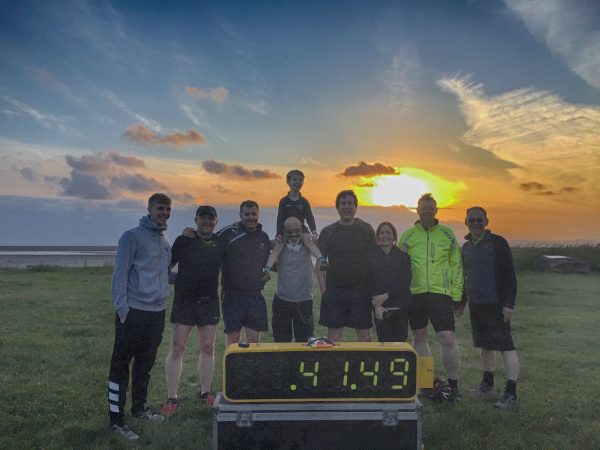 Time to spare – we beat the sun to the west coast

Restore – the housing charity that provides homes for homeless people in York – has expanded this year. We now have eight houses and six members of staff providing supported accommodation for up to 31 people.

Our fundraising is now a serious business. In June last year we piloted a fundraising race to Chase the Sun from Bridlington to Morecambe on the longest day of the year. A team of about 30 runners ran in a relay across the country – starting at sunrise and aiming to arrive on the west coast before sunset. As you can see from the picture above, they did it with time to spare. The count down clock went with the support vehicles and came out each time we reached a milestone. Next year, on Mid Summer’s Day June 24th, we are doing it again. Knowing it can be done we’re going bigger. More runners are being recruited to donate whatever mileage they feel they can achieve. Each competitor will have a target of raising £500 for Restore and we hope to create two teams battling it out against the course of the sun to see who will reach the Irish Sea first. It’ll be an exciting day.

Last year I wasn’t running fit and engaged in the event as a cycling escort, covering over 40 miles of the route alongside the runners from Bransdsby to Nidderdale. Next year I will be a runner. I have started training and I’m currently pounding out at least 5 kilometres three times a week. Running is proving to be very satisfying – and to my surprise I have no aches or pains as a result; just that inner (and outer) glow of satisfaction that at 67 I can still compete.