It has been another successful year for the housing charity that Barrie helped to found in 2010. Restore has successfully established engagement for tenants. As well as simply providing them with a place to live and support to live there, each tenant is now offered a range of activities and opportunities to help them on the way to independence. There is an allotment, sports activities, days away, residential activity holidays, volunteering in retail outlets to name just a few of the things on offer.

A chart from the annual council report of Homeless Services in York shows that more people were referred to Restore than to any other supported housing service in the city. This demonstrates just how important Restore is for homeless people in York. Despite everyone’s efforts it’s sad to see the number of people begging and sleeping on the street increase significantly this year. This is due to a number of reasons but mainly because there is less money for local services, both for housing and for mental health, and the introduction of Universal Credit which leaves some very vulnerable people with no money and nowhere to go. 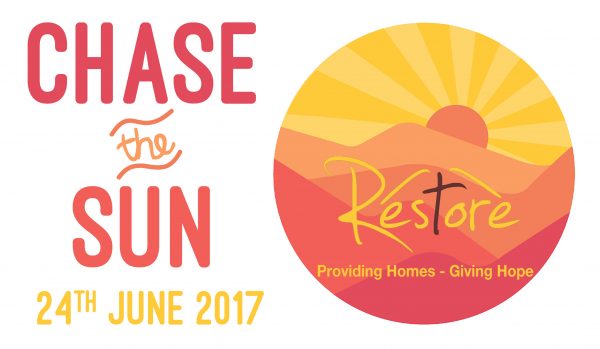 Thankfully, we have had a successful year of fundraising. Our annual Chase the Sun relay run across the country on the longest day of the year brought in about £10,000 in sponsorship  Also bids to a number of grant making organisations have been successful. Each year, in addition to the income from rents we have to raise about £100,000 to pay staff salaries and running costs. I am always thankful for the way this work, started by our faith in Jesus Christ, is provided for by his continued goodness and the generosity of the people who support us.