Which is the real thing? 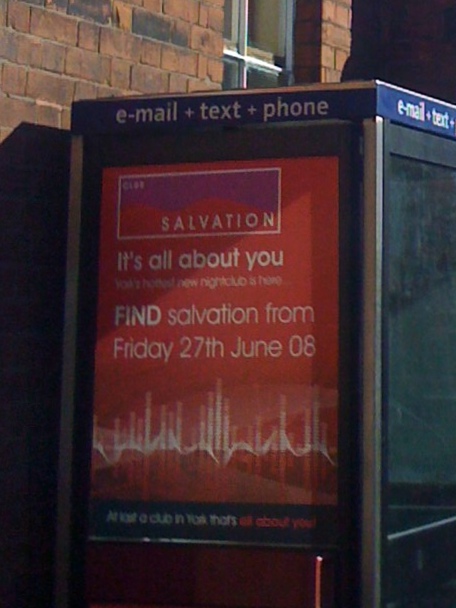 I had already sounded my own Hurumph about the use of the name Salvation for a night club, but there’s something cynical about the juxtaposition of the club and the church in this commercial way surely designed to exploit the real Salvation of the Christian gospel.
It looks set to insult the fervent faith of members of the Salvation Army. These honest, disciplined, tee total adherents of the Christian Faith stand in stark contrast to the debauchery, drunkenness and licentiousness that defines the city’s nightclubs.
I’m reminded of a new testament scripture that says of Jesus Christ “Salvation is found in no one else, for there is no other name under heaven given to men by which we must be saved.”
So I leave you to judge – if you needed Salvation which would you go to – the night club or the church?