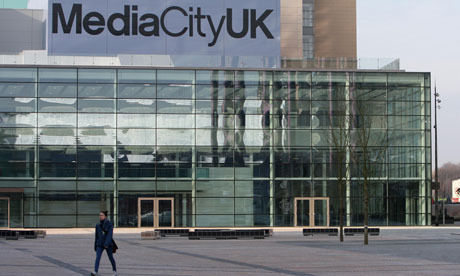 As far as I can tell this is one of many proposals being put forward to Mark Thompson as the BBC struggles to save money.
In my area the BBC is experimenting with a shared afternoon show. The presenter is excellent and they are doing their best to gather content from around the entire Yorkshire region. But however competent it may be it doesn’t feel like a programme for me and my city – it comes from somewhere else.
Merging Local Radio and 5Live is a bit incongruous and probably wouldn’t work – or even happen. But it’s not far from a national sustaining service which local stations can opt in and out of at will. It’s a dangerous step for local communities. Their local BBC station gives a voice to people who would otherwise be unable to influence opinion or express their views. As soon as the airtime is narrowed to two news slots a day – other broadcasting goes out of the window. Community action wouldn’t get a look in.
The BBC should squash this idea as soon as it’s presented at the DG’s desk. You either have local radio or you don’t – there are no half measures. No one will own it and it will swerve to rot in no time at all.
My friend Emma Gilliam, now a lecturer at The School of Journalism in Cardiff – (we were both BBC local radio Editors) – is updating her blog on this subject. Emma refers to Bill Rogers’ blog

Lets start the campaign now to save BBC Local Radio ……. 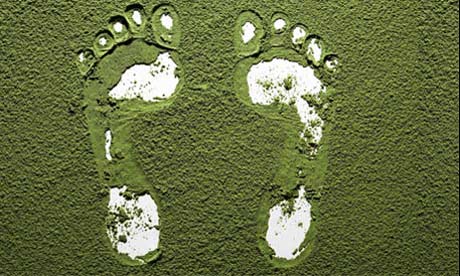 A closer look at some of the commandments of green living could greatly reduce your carbon footprint. Photograph: Getty

1. What they tell you: Turning off the lights saves CO2

What they don’t tell you: It makes sense for individuals to use less electricity to help reduce the emissions of British power stations. However, it’s worth bearing in mind that the total amount of CO2 that can be released by power plants and other industrial facilities across the EU between now and 2012 is fixed by the European Emissions Trading Scheme. This means that if the UK power sector reduces its emissions, extra carbon permits get freed up for use elsewhere, such as German power stations or French cement plants. In other words, the same amount of CO2 will be released, just from different sources. If you want to ensure that your electricity savings do make a real environmental difference, join Sandbag, a charity that will remove CO2 permits from the EU scheme to stop your good work being traded away on the carbon markets.

2. What they tell you: Buy a greener car

What they don’t tell you: If you definitely need a new car, it makes perfect sense to buy a small, super-efficient model with low CO2 emissions. However, making a new car ??? including mining and processing the metals and manufacturing and assembling the components ??? takes a huge amount of energy. According to an expert at the Stockholm Environment Institute, the production of a typical modern car causes around 8 tonnes of CO2, equivalent to driving 23,000 miles. Because of this, unless you currently drive a lot in a highly inefficient car, it will often be greener to stick to your existing vehicle than to sell it and buy a new one.

3. What they tell you: Going veggie cuts emissions

What they don’t tell you: It’s true that animal products tend to have much higher carbon footprint than food produced from plants. Hence vegetarianism tends to be a good idea from an environmental point of view. The devil is in the detail, however, because certain dairy products are more “carbon intensive” than some meats. In particular hard cheese, which takes a lot of milk to produce, can have a bigger footprint per kilo than chicken. So while cutting out meat ??? especially beef and lamb ??? definitely makes ecological sense, the benefit will be reduced if you make up the calories by consuming more dairy. The most effective way to reduce the emissions of your diet is to go vegan ??? or as close as you can get.

4. What they tell you: Don’t overfill the kettle

What they don’t tell you: It’s not just how much water you boil that determines the carbon footprint of your tea or coffee, but also the type of kettle you use. Jug kettles are fast and convenient, but their fuel ??? electricity from the national grid ??? produces almost three times more greenhouse gas for each unit of heat than burning gas in the home does. Hence switching to a stove-top kettle on a gas cooker will usually reduce emissions ??? especially in colder months when any heat from the flames that escapes around the side of the kettle will warm the room, reducing the burden on the central heating system.

5. What they tell you: Use more efficient appliances

What they don’t tell you: Choosing highly energy-efficient appliances is one good way to ensure that routine tasks such as dishwashing and laundry don’t create more carbon pollution than necessary. But there are other ways, too, such as simply running your machines at night. In the daytime, when electricity consumption is at its highest, the dirtiest, least efficient power stations are rolled out to help meet peak demand. At night, when demand is lower, these power stations can be switched off, which means that each unit of electricity has a lower carbon footprint. Turning your washing machine and dishwasher on before you go to bed therefore shaves a little off your carbon footprint by “spreading the load” on the electricity grid ??? though the difference isn’t as huge as some websites have claimed.

6. What they tell you: Sign up with us, we provide 100% renewable electricity

What they don’t tell you: Various electricity companies promise to provide customers with power from renewable sources. This gives the impression that by signing up you’ll be increasing the amount of clean electricity being produced. The truth is rather more complex. The government requires a certain proportion of UK electricity to come from renewable sources. If an electricity company exceeds this target by generating most or all of its power from renewables it can sell its extra green electricity credits to other companies which in turn can avoid producing any green power themselves. The net effect is that not very much changes. That’s not to say don’t sign up, but if you do use a green power supplier don’t expect your electricity to suddenly be carbon-neutral, no matter what the adverts suggest.

7. What they tell you: Wood fires are green

What they don’t tell you: If you burn the wood in an open fire, the majority of the energy in the wood will be lost up the chimney. Assuming it comes from properly managed forests, however, wood is a green fuel because the CO2 released when it gets burned will be sucked from the air by the trees planted to replace the felled ones. The inefficient burning typical in a fireplace also creates plenty of soot. Like CO2, soot warms the atmosphere by absorbing heat from the sun ??? and it can also travel thousands of miles to settle on Arctic ice, where it accelerates melting by darkening the surface. A much better option environmentally is a log-burning stove. These capture most of the heat from the fuel, greatly reducing the amount of wood required, and they slash soot emissions too. Some modern stoves are so clean-burning that they can even be used in smoke-free zones.

8. What they tell you: Use eco detergents

What they don’t tell you: “Ecological” washing up liquids and clothes detergents offer an environmental benefit by favouring rapidly biodegradable, low-toxicity, plant-based ingredients over harsher synthetic ones. However, when it comes to climate change, most of the footprint of washing up or cleaning clothes is not caused by producing the detergent but by heating the water. Hence the most effective way to cut emissions is simply to be sparing with hot water when washing up and to use low temperature cycles for laundry. If you find a 30-degree wash sufficient with an ecological powder, then that’s ideal; if not, then arguably it would be better to use a more powerful detergent rather than turn up the temperature dial.

9. What they tell you: Reusable nappies are better for the planet

What they don’t tell you: It’s true that disposable nappies occupy a lot of space in landfill sites and consume a fairly large amount of oil in their production. However, an in-depth study from the Environment Agency (pdf) found that the total impact on global warming could be slightly higher for washables than for disposables. Washables can have a lower carbon footprint, but only if you have an energy-efficient washing machine, use a 60-degree wash cycle, limit yourself to 24 nappies, and don’t tumble dry or iron them. Nappy washing services have the highest footprint of all.

What they don’t tell you: The transport of goods accounts for a small but significant proportion of the human impact on the climate. It generally makes environmental sense, therefore, to favour local food and other products. However, it’s not always true that local is best. One study suggested that lamb from New Zealand, with its clean energy and rich pastures, has a lower footprint when consumed in the UK than locally produced lamb, despite the long-distance shipping. Another study showed that cut flowers sold in Britain that had been grown in distant but sunny Kenya had a smaller carbon footprint than those grown in heated greenhouses in Holland. So while transport is important, it’s not the only factor to consider.

??? The examples above are all drawn from the Rough Guide to Green Living, which was published this month.

I’m a luke warm (for the sake of the environment you understand) green campaigner. I hope these myth busters don’t put you off doing “your bit” but make you wiser in the way you do it.

George Monbiot: The most potent weapon wielded by the empires of Murdoch and China | Comment is free | The Guardian
If you want to know how powerful Rupert Murdoch is, read the reviews of Bruce Dover’s book, Rupert’s Adventures in China. Well, go on, read them. You can’t find any? I rest my case.

As lucid and alarming as ever George Monbiot puts Murdoch in his sights and provokes an intelligent discussion on the Guardian’s Comment is Free blog.

The Times used to be the final authority in British Newspapers. No longer. I’d rather read The Telegraph. At least I know what it’s bias is. I have to work hard to discern which part of Murdoch’s empire The Times is championing on any one day, but I know it’ll be in there somewhere.

Do I have Sky? Yes, but only for the football. And if wanted to rant on I could whip up a good argument for the way pay TV has ruined the beautiful game too.

The article may be long but it’s worth reading, including the comments from readers.